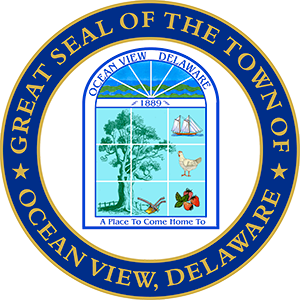 Following a year of engagement and education on how to build quality bocce courts, the Town of Ocean View will accept the gracious offer of Natelli Communities to construct two bocce  courts at John West Park.  Natelli Communities was originally contacted by the Town to ask for pointers on constructing the courts to serve as the Sussex County Special Olympics Delaware home courts.   The team, The Sussex Riptides and Special Olympics Delaware has had a long relationship with the Ocean View Police Department including using a Town facility hallway to practice.  In addition, the department has assisted with other Special Olympics programming in Sussex County including swimming, bowling, and basketball as well as offering space for holiday parties.  “Whenever we have been made aware of a need of the athletes and organization, we tried our best to try and accommodate them” shared Chief McLaughlin.

This vision of Chief McLaughlin’s gained support from Town Manager Carol Houck and ultimately the Town Council when seed funding for the effort totaling $15,000 was approved recently in the FY2022 Budget as an Emerging Project.    Before Natelli Communities pledged its support of the project over the Towns $15,000, it was thought an FOP fundraising effort would be launched to secure the balance of the funds.

“It is our plan to provide opportunities for youth and adult lessons and off season tournament play between local developments and/or groups,” said Houck.  “In addition to being a practice location, we hope to offer competitive matches between the Special Olympics Delaware athletes in our park, something we could never do before.”

Tom Natelli Jr. and his CEO Father Tom Natelli Sr. of Natelli Communities expressed that their interest in assisting with the Town’s vision evolved as they learned more about the Ocean View Police Departments involvement with Special Olympics Delaware and a desire to share what they know about constructing bocce courts that require the least amount of maintenance possible.   “This project has the potential to impact a large part of the community here in Ocean View as well as athletes that participate from the Eastern Shore of Maryland.  That, plus the fact that the Town’s enthusiasm was contagious, to improve the experience for the Sussex Riptides,” said Tom Natelli Jr.

Special Olympics Delaware Executive Director Ann Grunert shared that Chief McLaughlin made her aware of his vision to find a way to build home courts for the team in 2020, noting that she “was so grateful for the welcoming spirit of the Town and its Police Department.”   After receiving word that the effort was going to benefit from the knowledge and funding support of a Sussex County Developer, making the courts available sooner to the athletes than expected from the planned fundraising effort, she expressed that “timing could not be better, as our athletes, who count on the engagement and challenges their sport provides have suffered from the restrictions of the past year.  Having this amenity dedicated as their home courts and looking forward to using them will make a world of difference.”

When discussed at the Town Council meeting Mayor John Reddington “praised Natelli Communities interest in impacting this project to such an extent and thanked the company for its generosity on behalf of the entire Ocean View Community,” further sharing that  “this project is another step towards our Town being an even more inclusive and attractive community!”

Construction is expected to begin later this year.